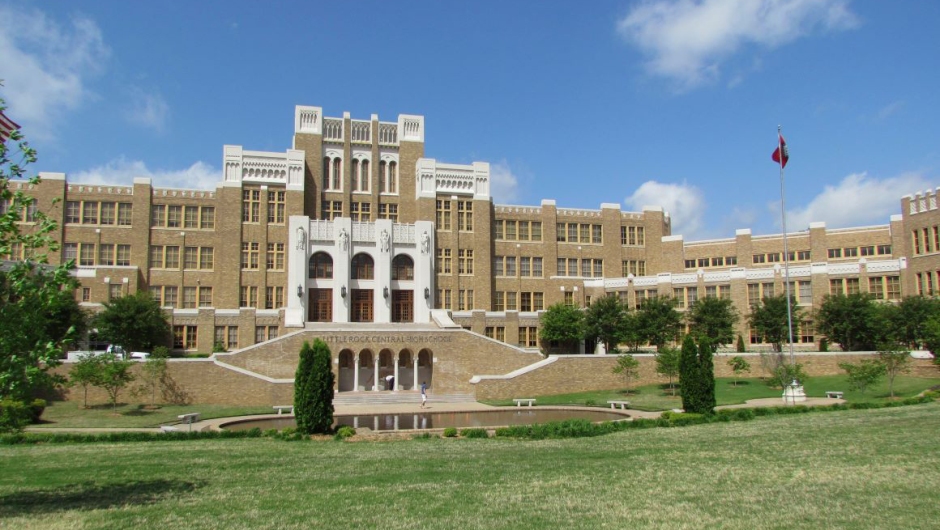 As we reflect on the annual commemoration of Martin Luther King, Jr., we’re also reminded of the many early efforts to end racial segregation across the nation.  One of most infamous was the struggle to integrate Central High School in Little Rock, Arkansas, one that eventually spawned a national historic site.

On September 23, 1957, Central High School became the frontline in the battle to integrate America’s schools.  That’s the day nine African American teenagers sought to begin the school year in the formerly all-white school – just three years after the Supreme Court’s landmark Brown v. Board of Education decision mandating equal education for all Americans.

Despite the new law, an angry mob formed outside the high school as the nine students entered the doors.  Eventually the Little Rock police removed the African American students, fearing for their safety.  But soon after, President Dwight Eisenhower mobilized the U.S. Army’s 101st Airborne Division to escort “the Nine” into the school.

The National Park Service commemorated this historic occasion with the inclusion of the high school as a National Historic Landmark in 1982.  In 1999, the Little Rock Nine each received the Congressional Medal, the nation’s highest civilian honor.

Central High School continues to serve as a public high school – the only functioning school located within the boundary of a national historic site.  It ranks as one of the nation’s top public schools. The Park Service operates a nearby visitor center that interprets the historic civil rights events that landed the school in the national limelight.  And JNPA proudly offers educational products related to the site in the park store.